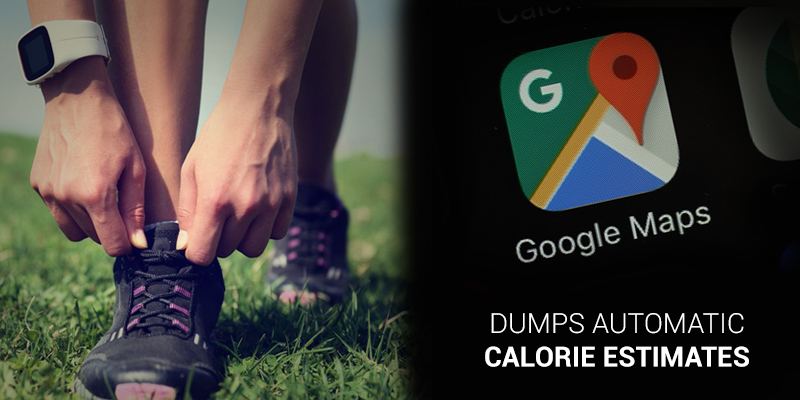 Google Maps have decided to remove a widely criticized experimental feature that estimated the amount of calories its users could potentially burn by walking a route.

Google Maps had rolled it to their iOS users and its removal implies that this feature may never appear in the Android version of Google Maps.

What was this feature about?

Rolled out almost a week ago, this feature, displayed the amount of calories that users could burn by walking when they looked up a route. It also mentioned how many “mini cupcakes” those calories were worth. The description of this feature as per Google Maps is given below:
“The average person burns 90 calories by walking 1 mile. To help put that into perspective, we’ve estimated how many desserts your walk would burn. One mini cupcake is around 110 calories.”

Divided opinion over this feature:

Although some people welcomed the new feature, considering it as an incentive to exercise instead of calling an Uber, some people were also annoyed by the unsolicited health advice. To them, it was annoying to see the calorie estimates that suddenly appeared and there was no explanation about how to disable that feature.

Furthermore, for “average” people, these calorie estimates were so vague that the information was not very helpful without contexts about how the calculation of distance and calorie was done.

Critics of the app also noted that phenomenon of users with an excessive preoccupation with calorie tracking would result in mass-level of anorexia nervosa and other eating disorders among them (users).

Cautious users may think that they are being dieted conscious to control their calories while in reality, they may just end suffering from eating disorders caused by malnutrition. Seeing calorie estimates every time they intend to look up directions is more likely to have a negative impact on sufferers.

Options for people who want this feature:

People who welcomed the calorie estimates can still use apps like CityMapper and MapMyFitness. The latter offers a feature called “Route Genius” since 2014. This feature creates maps for walking and running on the basis of the fitness goals of the users’.

What is your opinion about this fitness feature of Google Maps? Post your comments.

To discuss unique apps with us, join our LinkedIn page.