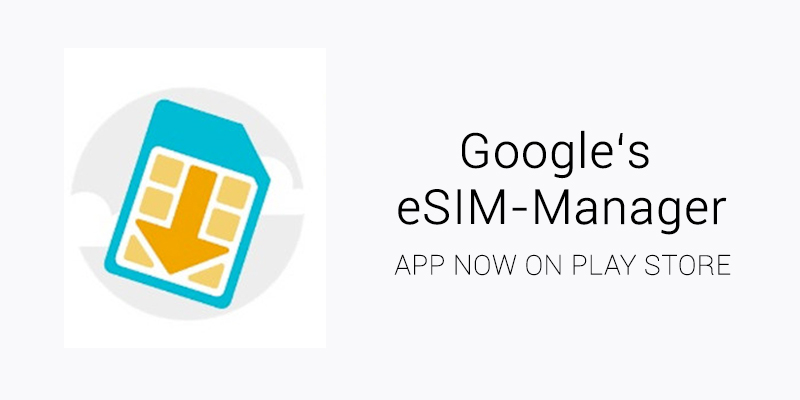 Two smartphones launched by Google are set to enhance their features with the inclusion of Embedded SIM (eSIM). eSIM eliminates the need for physical SIM cards on supported networks.

Here, instead of putting a small card in a phone, a chip is soldered to the device’s motherboard when it is manufactured. After that, phone can be provisioned to a network by just few taps inside of an app or by scanning a code with the camera.

Google’s Project Fi is one such network that supports eSIM. Hence, now devices launched by Google are set to feature it.

Just days before a recent device (developed by Google) release, Google released the eSIM Manager app to the Play Store. The description of app is as follows:

The app has carrier page displaying what service is currently enabled on the device and other available carriers. It allows users to remove all carriers from the device without canceling the mobile service plans associated with them. It also lists the Electronic Identification (EID) number of device.

At this moment, the description for eSIM Manager says that it is “only available on select Android devices”. At the time of this article being written, the two smartphones launched by Google are the only available phones to support eSIM. In near future, we might see more phones coming with this new feature.

To know more about technology related to Google and Android, join our LinkedIn page.