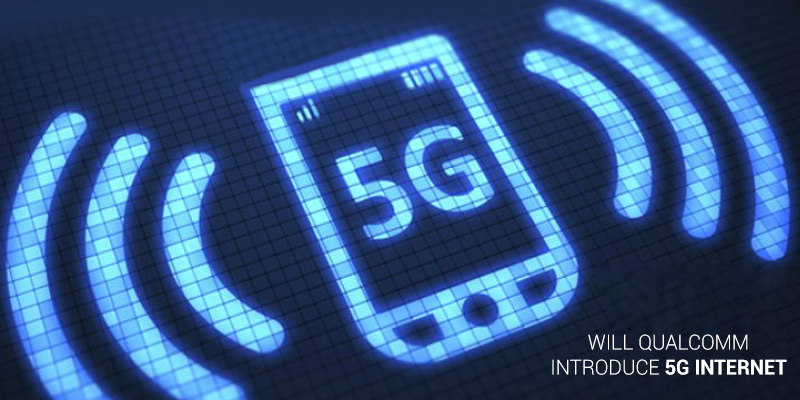 Tests indicated new horizon of progress in the world of internet

Qualcomm says that the test was also limited to the “power and form factor constraints of a smartphone”. Attending the 4G/5G conference, Cristiano Amon, the President of Qualcomm Technologies said:

“This major milestone and our 5G smartphone reference design showcase how Qualcomm Technologies is driving 5G NR in mobile devices to enhance mobile broadband experiences for consumers around the world!”

Snapdragon X50 has been dubbed as the world‘s first commercial 5G modem chipset solution. The modems in Snapdragon X50 family are to be made commercially available during the first half of 2019.

What can Snapdragon X50 do?

Snapdragon X50 has been designed to enable field trials and early deployments of 5G networks globally. It would allow download speeds of around 5Gbps and supporting operation in the mmWave spectrum at the 28GHz band.
It is also expected to feature Multiple-Input Multiple-Output (MIMO) technology, along with 800MHz bandwidth, adaptive beam-forming, and beam-tracking technologies.

Other important ingredients of Snapdragon X50

Snapdragon X50 also includes the modem, PMX50 power management chip and SDR051 mmWave transceivers. The modem can be used for 4G and 5G mobile broadband. Many fixed-wireless broadband devices are compatible with Qualcomm Snapdragon platform and its gigabit-speed 4G modem.

Earlier Qualcomm had predicted that 5G smartphones will be available by 2019 instead of 2020 (predicted earlier) for commercial sales. This is because of increasing demands from the consumer and business segments. 5G technology expansion is expected to create up to 22 million jobs and produce around $12 trillion worth of goods and services by 2035.

Assuring the availability of 5G devices in 2019, Qualcomm CEO Steven Mollenkopf said that several network operators in USA, South Korea and Japan were preparing for 5G launch in 2019. Mollenkopf added that they would likely be joined by Chinese carriers as well.

Qualcomm is also working to assist 3GPP in order to develop 5G standards. Research on designing sub-6GHz and mmWave NR prototype solutions and IC products is also being done.

In order to conduct over-the-air trials with carriers and vendors worldwide, Qualcomm has partnered with Telstra and Ericsson to conduct 5G NR testing during the second half of 2017. European carrier Vodafone and Japanese telecommunications provider NTT DoCoMo are using Qualcomm‘s prototype devices and Ericsson‘s prototype base station solutions. Trials regarding 5G interoperability are also being conducted.

In USA, Qualcomm is aiding Verizon, Samsung, Cisco, Intel, Ericsson, Nokia and LG in its bid to roll out 11 pre-commercial 5G trial networks.

To discuss 5G Internet and other technological advancements, join our LinkedIn page.